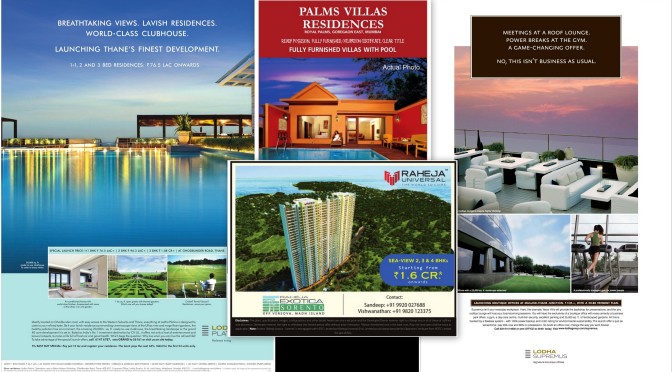 Even for middle-class Mumbaikars, a house of their own is an almost unaffordable dream

Rajender and Vijaya are happily married and have been living in Mumbai for eight years now. They moved from Nashik, which is about three hours away from Mumbai, looking for better opportunities for work and education. “Life here is fast but it gives us opportunities for learning. The cost one pays for it is to compromise on our house,” says Rajender, who after working for several years is now studying for a master’s degree. “In Nashik, living is very comfortable but in Mumbai, finding a decent flat at an affordable price for common middle-class people like us is next to impossible. Moreover, most rental agreements here allow only an 11-month lease. So, there is a lot of instability.”

The island city of Mumbai has always been the dream destination for those from the hinterland. However its high real estate prices has made it next to impossible for most to own a home here. While for the poor, access to housing and infrastructure is especially challenging, in reality even for middle-class families, earning an average salary of Rs 40 to 50,000 a month, owning an apartment in the city is an unaffordable dream.

In the past Rajender and Vijaya had to change several flats because the brokers would often ask them to leave as getting in new clients would enable them to earn fresh brokerage. They had to often go through the same process year after year – of house hunting, rent agreements, brokerage and even then not finding an ideal place to live.

“We cannot even decorate the house properly as we are not sure if we will get to stay in the same place after the expiry of the eleven month lease,” says Vijaya. Car parking is another important problem as they have to park their cars outside on the side of the road. Rajender says that often the owners as well as neighbours in the society insist on verifying caste, class and religious aspects of the tenant. “Tenants are made to feel as if they are secondary. We have often been looked down upon by neighbours who owned their flats,” he adds.

“We cannot afford a rented house as it takes a huge chunk of our money. If one has a regular salary, then it might still be easier.”

Kundan, aged 23, lives with his family in Mulund. They share a 2BHK flat between eleven members of the household. The family does not only share space but also expenditures and duties. They earn about Rs 30,000 altogether and collectively contribute to run the household. Since it is difficult for so many people to sleep in two rooms, one of his uncle sleeps in his friend’s empty flat nearby. “His friend lives in Dubai, so till the time that flat is empty we use it by paying a small rent,” says Kundan.

To keep the household expenditure at the minimum, Kundan’s joint family does not separate. They want to be there for each other and also they cannot afford to separate. Sometimes, his father does not find employment. At such times, his larger family supports them. “One of my aunts left my uncle as she wanted to separate from the joint family and live in another area. But my uncle did not want to live elsewhere,” explains Kundan.

Buying a 3BHK for the family of eleven is a distant dream as it would require a lot of planning and savings. Renting a 3BHK would affect their monthly budget tremendously. “At least this house belongs to us and no one else can lay claim on this. Owning a house saves a lot of money which would have otherwise gone on rent. So we continue to stay here inspite of living in such a limited space,” reflects Kundan, who earlier worked and is now pursuing higher studies full-time.

The city has failed most of its residents on the promise of affordable housing and services. It relentlessly takes your sweat and labour and gives back not even a decent roof over your head.

Professor Subrato Bakshi* teaches in a well-known Mumbai institute. He lives in a rented apartment in Khar and commutes 20 kms every day to reach his workplace. Five years ago, he took a housing loan to buy an apartment in Vashi for Rs 60 lakhs. Though the building is still under construction, he still has to repay his loan every month. Between rent, loan servicing and daily costs of living, he manages to save very little for other expenses including his son’s higher education expenses. 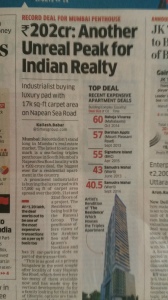 Vaishali Gite lives with her family in Sion. Her father is an assistant surgeon in a hospital and they live in the staff quarters provided to him by the hospital. But as her father is retiring this year, they need to buy a house almost immediately. “We cannot afford a rented house as it takes a huge chunk of our money. If one has a regular salary, then it might still be easier,” she says. Her father has booked a flat in Panvel and though it is much further from Sion, on the outskirts of Mumbai in fact, Vaishali says that in all their choices “affordability is the first factor.” They consulted relatives who had moved to Panvel earlier and decided that they would just have to adjust to longer commutes.

The city has failed most of its residents on the promise of affordable housing and services. It relentlessly takes your sweat and labour and gives back not even a decent roof over your head. Then, why do millions aspire to make it their home, I wonder. Or is it truly a ‘sapno ka shehar’ (city of dreams) where we are compelled to live more in our dreams just in order to escape the everyday harsh reality of being so dispossessed?